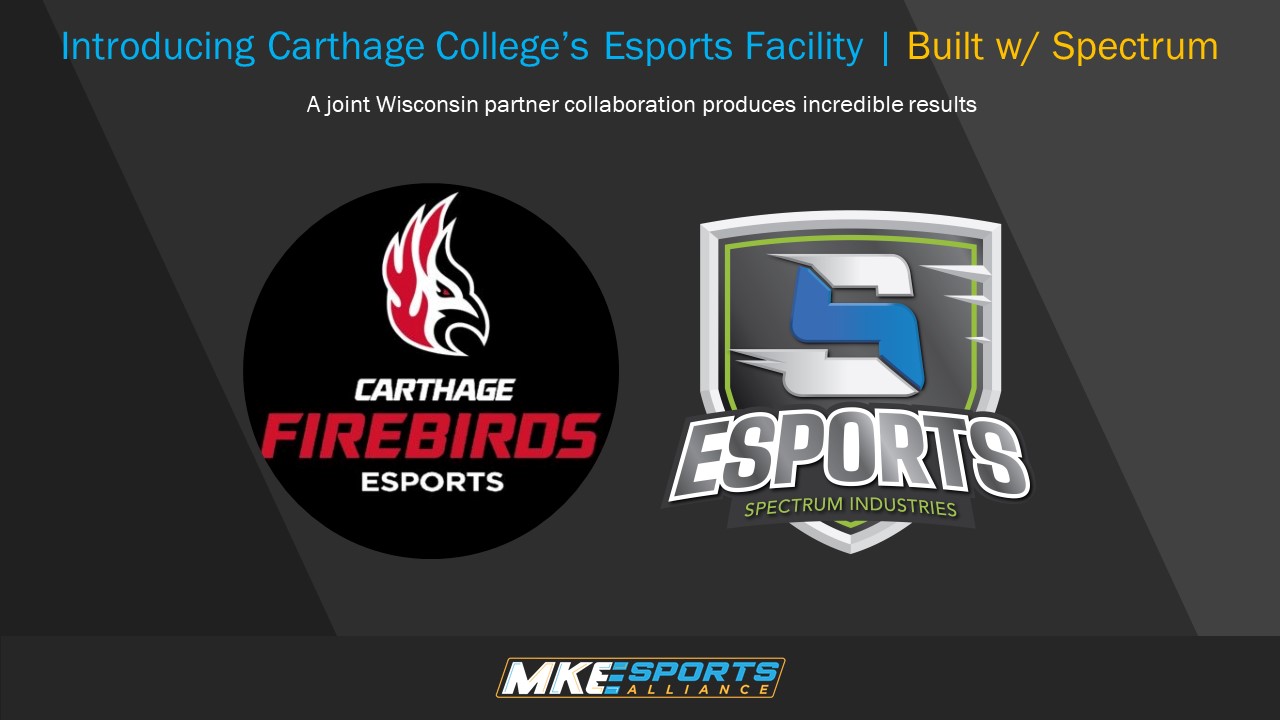 Created in partnership with Spectrum Furniture, the facility is already gaining attention and recognition. 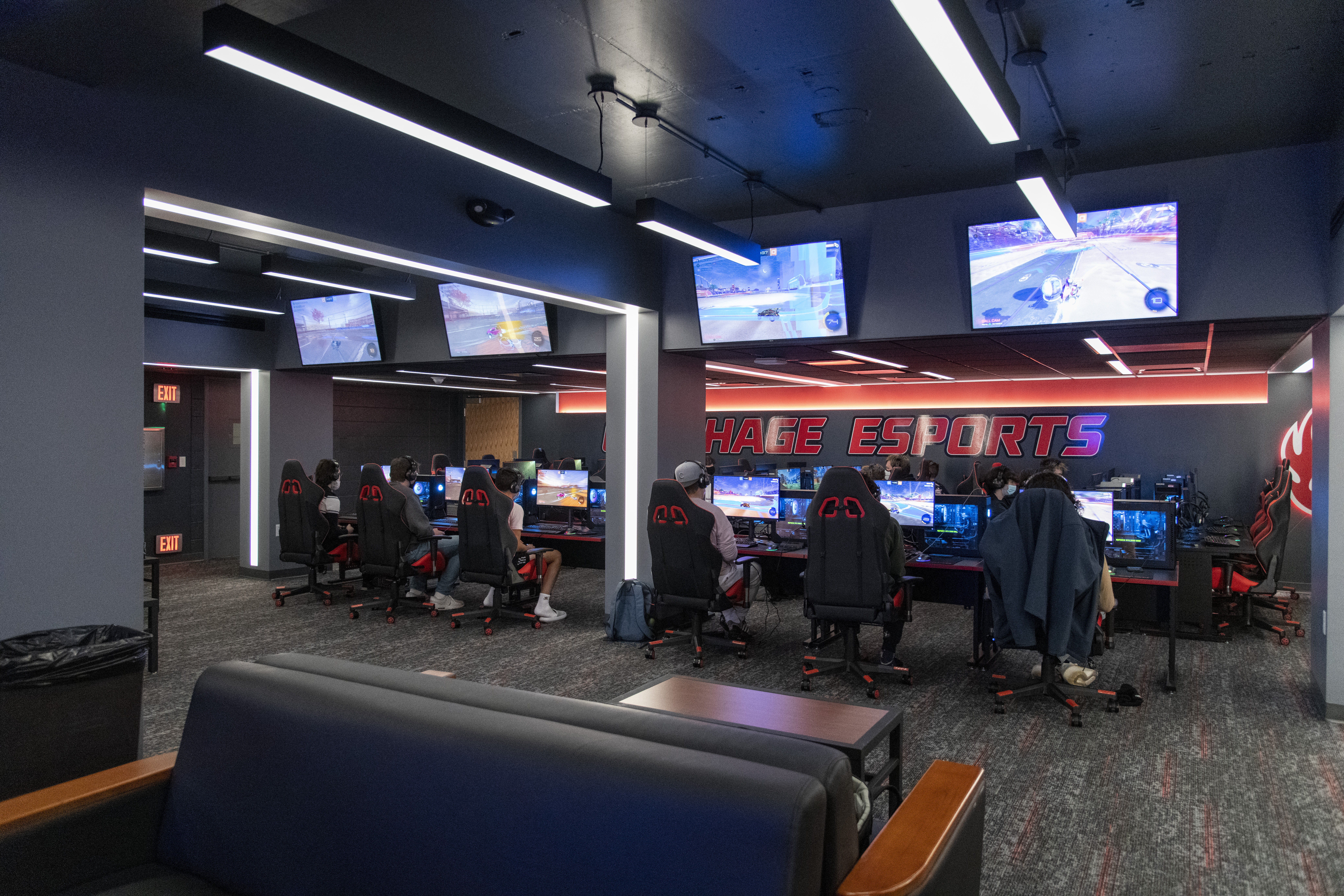 A major step in the realization of Carthage College’s burgeoning esports program was completed recently, with the opening of it’s dedicated Esports Arena.

According to Kevin Palmer (Director of Esports), the facility features: 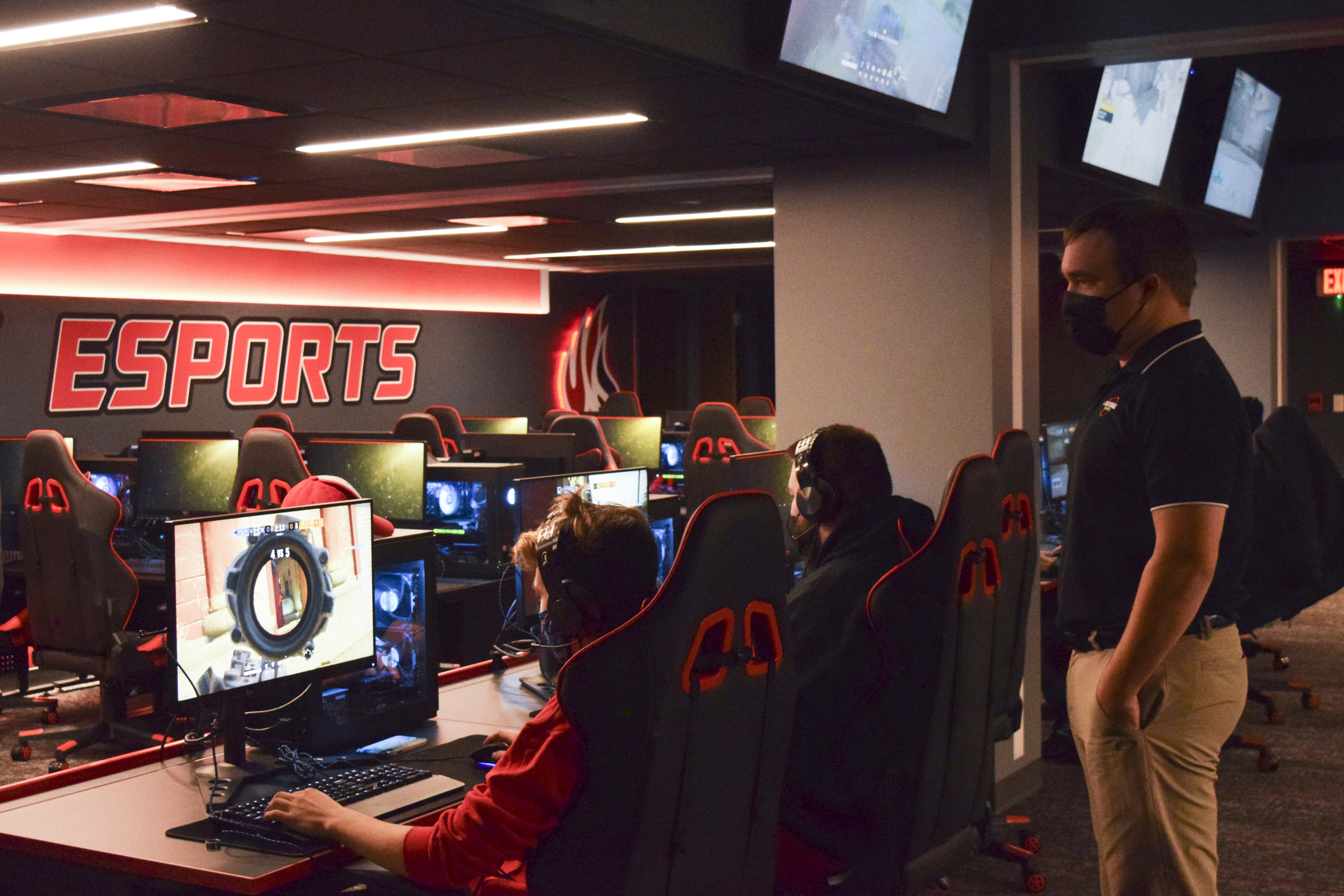 Spectrum Furniture, based out of Chippewa Falls, was a big partner in the process of dreaming up the facility as well as it’s implementation. Director Palmer had this to say about their help and relationship:

“Spectrum was a great partner in both the development and implementation of our Esports Arena, and have helped make our space feel as authentic as possible. The gaming chairs are great, commercial quality, and have had nothing but compliments from the student community. The tables, bode well with the space as well, and offer a fantastic solution to wire management, and depth to allow placing both the computer and monitor on the table top. One thing that separated Spectrum apart from the rest, was their willingness to work with everyone at the table to find a product solution that best fit the needs of the facility and the future students that would use it. They delivered high quality, product, and back it 100%. Any questions or problems that we’ve had, the team at Spectrum has been quick to find a solution without hesitation.”

The Road to Completion

As mentioned above, the Carthage esports facility is roughly 2000 square feet, located in the basement of the Todd Wehr Center on Campus Drive, in what was formerly WOH’s place. WOH’s place was a campus bar/lounge that was originally dedicated in October 1991, but sat mostly empty and unused for the last 15 years. After the board unanimously approved the addition of Esports at Carthage’s 28th Varsity Sport, renovation on the facility began. In January Carthage will be competing in the National Esport Collegiate Conference for their inaugural season, and compete in 5 Varsity titles. Valorant, Rocket League, Rainbow 6, Overwatch, and League of Legends. In an effort to make the program available to all students on campus, they also have a club program that supports any and all game titles that students are interested in competing in.